Why do people leave jobs? Good question. I have been actively employed in the professional job market for a while. In that time, I have enjoyed multiple positions with multiple employers achieving both high and low results. However, there hasn’t been one position that I haven’t learned something new or how to become a better leader. In fact, I’ve learned more, become more diverse and become a stronger leader through the character I’ve built through the various situations and interactions I encountered. I wish it were the way it used to be. People got a job, the employees worked hard, the company recognized their value and so employees stayed for 30, 40 or 50 years. Nowadays, most employees get 3-5 years out of a job and turnover has become a day in the life of an organization.

However, in my research, I’ve found the cost of turnover and employee retention costs to be astounding. Here is some of what I found:

This information made me raise my eyebrows but didn’t really surprise me. Some of these are the reason(s) I left a job or two, and it confirms some of the feedback I’ve received in exit interviews.

So why do people leave their jobs? Here are 9 reasons I put together based on my experience and feedback from others.

Does the organization appreciate employees, treat them with respect, and provide compensation, benefits, and perks in line with competitors?

Is the work environment conducive to employee satisfaction and engagement?

Do you provide events, employee activities, celebrations, and team building efforts that make employees feel that your organization is a great place to work?

Ultimately, many people leave their job because of the boss, not the work or the organization. 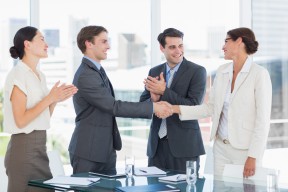 People create results. And Leadership is essential to attracting and maintaining talented results-oriented people. Ask yourself what you may be doing to drive your best people away, and start making the changes needed to keep them.